Being a clean and classy framework, Laravel has brought the PHP community to the next level of success. Free from spaghetti code, it helps us to build the wonderful and impressive applications just by using the simple syntax. Laravel actually makes PHP the first choice with a lot of reliable and flexible features. In this write-up, we are going to discuss various key benefits of Laravel.

There are a lot many benefits of Laravel which are as follows:

Laravel has come up with in-built lightweight templates, with the help of these you can build an amazing and attractive layout with dynamic content seeding. Laravel consists of many widgets including CSS and JS code with a fine and solid structure.

The presence of eloquent ORM makes it the most prioritized option which includes a simple PHP active record implementation. Each table in the database possesses a corresponding model which allows the developers to interact with the said table. ORM of Laravel is relatively faster than all other PHP frameworks.

This framework has been built on 25+ different libraries and divided into many individual models. It adopts the thriving PHP principles which enable the developers to create responsive, modular, smooth and handy web applications.

Laravel follows the pattern of MVC which ensures the clarity between presentation and the logic. This architecture plays an important role in improving the performance of the application and allows better documentation with multiple built-in functions.

Laravel provides the built in a tool named as Artisan, it is being used for the purpose of command line activities. This tool allows us to do those tedious programming tasks that most of the developers avoid to accomplish them manually.

Programmers always love to work on Laravel as it allows them an extra feature that facilitates unit testing. It has the ability to run more than a hundred tests at a time. It ensures that the modifications done by developers are smoothly applicable. As far as stability is concerned, Laravel has been considered as the most stable release in the industry.

In the above write-up, we have discussed many key benefits of Laravel, but actually, it is not the end. There is a number of points which have not been added in the above section. If you are eager to know more about the key benefits of Laravel, you may reach out to us at [email protected] We are 2/7 available and we will be more than happy to help you in dealing with all your technical challenges. Feel free to drop us a text in the comment section below. 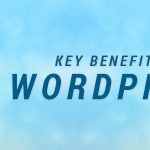 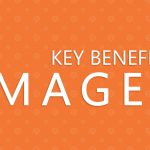