.NET framework is defined as a programming model for supporting the building and running of the software applications for windows server, Microsoft Azure and XML web. It is created by Microsoft and runs on Microsoft Windows. On the other hand, the .NET core can be defined as an open-source and cross-platform software framework for Windows and macOS operating system.

There are various advantages of both the entities which are as follows:

When .NET Core was initially developed, performance and scalability were the key points of consideration because .NET Core and ASP.NET Core were the two best web frameworks according to some benchmarks. .Different versions of .NET Core play well altogether as they can easily run multiple apps side by side on the same machine.

Both .NET Frameworks vs .NET Core is better with respect to the requirements but if you have to make a choice between these, here are the criteria that will help you in doing so.

.NET framework will be better if:

• Do not have enough time to learn new technology.
• It requires a stable environment to work.
• Already worked on an existing app and wants to extend its functionality.
• Don’t want to deal with regular modifications and updates.
• Wants to build windows client applications with the help of Windows Form or WPF.

.NET Core will be the better choice if:

• Want to target the apps on Windows and Linux operating system.
• Not hesitates to learn new things.
• Loves open source technology.
• .NET Core has not been at the level of maturity yet, so make sure you are not afraid of fixing the things.

In the above section, we have gone through about various comparisons of .NET Core vs .NET Framework. If you are keen on more about these two entities, you may reach out to us at [email protected] We are round the clock available and will be extremely happy in making your doubts crystal clear. Feel free to connect with us via the mail mentioned above. 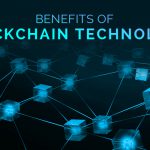 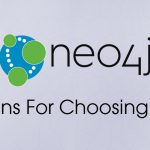