Business owner looking for a best front-end development services, may get confused among the availability of different frameworks and sometimes unable to decide which technology is the best match according to the requirements. So, the choice of front-end JavaScript framework plays a crucial role in determining the scalability, structure, and performance of an application. Hence, for creating extensive web apps with advanced features and qualities of modern technology, we need to select the appropriate framework. For the same, two of the best JavaScript frameworks are Angular and Vue.

Let’s have some comparisons for both the rivalries:

Within the realm of JavaScript-based framework, Angular and Vue are among the most popular front-end frameworks. Talking about Angular, Google-backed framework has been a top-ranked entity since 2010. While on the other hand Vue, created by a former Google employee Evan You in 2014, is a newcomer in the world of a JavaScript framework that has attracted the significant number of developers within just a short duration of approx 5 years. This is what made it reach almost 50k stars on Github in 2018. As per the rankings of “bestof.js.org” Vue named as the most popular front-end JavaScript framework. Being an older framework, Angular has been improving over the years with the help of updates as Angular 2, 4 etc, while Vue is targeting all those aspects in which its competitor lacks or misses out which make it a most popular JavaScript-based framework among all.

Angular comes up with heavy codes based on a well-formed structure with specific features, while Vue is much lighter and flexible to work with when compared to Angular. Reason for such flexibility is a large set of enclosed features which can be easily put to good use by the developers. However, in most of the cases, many existing features and the functionality are not used for the application. Vue avoids too many additional features from its main library and one needs to have additional extensions that help in making the Vue lighter enough to work with. The additional features of Angular provide more scope to the application, as far as the capability of Vue is concerned, it is perfect for implementation if an application doesn’t need a large set of functionalities.

Both the frameworks use HTML and CSS while particularly Angular uses Typescript, a superset of JavaScript created by Microsoft. So, working with Angular would require the developers to have some knowledge of Typescript or they need to learn it from scratch in order to have better outcomes from the application. As the Angular includes Streep learning curve but on the other hand, an advantage of Vue here is that it can be used to its full potential even with pure JavaScript only. Hence, it does not require any developer with additional background knowledge.

Being an older framework, Angular definitely includes more community support when compared with Vue. However, with the increase in popularity of Vue, its community is rapidly getting larger and the number of stars on Github is a testament to the same. One of the minor criticism with Vue is because of a significant number of Chinese developers within the community because the ecosystem of Vue is much wider in the Chinese region. There are various giant names who are working with both of the JavaScript frameworks, Netflix, Upwork, JetBlue uses Angular whereas Grammarly, Alibaba.com, MI Xiaomi, and Adobe are using Vue as their framework. The total number of web applications built using Angular are 289,613 whereas there are 32,789 websites which are based on Vue.

Angular provides a wide set of functions and an opinionated structured JavaScript framework that makes it more suitable for large-scale, dynamic and real-time applications including instant messaging and chat apps. It is also the most appropriate important framework for cross-platform mobile development and Enterprise applications. Coming to the opponent, Vue is the best choice for lightweight and single-page web applications where factors such as speed and performance are what matter you the most.

For a real engineer, it doesn’t matter that on which framework the particular developer is working, because it just takes some time to get used to the new one. However, both of these frameworks would provide a great structure for the application, Angular would be the best choice if the application demands a single-page layout and if you want it to be fast, clean and light, then no one can be as best as to that of Vue. Every framework has its own pros and cons, means one should go with the selection of the framework based on the required scenarios instead of choosing on the basis of brand, community or support. The above information is enough to have a basic idea about Vue and Angular, so the interested ones might be looking for the best development team to get the work done. Well, it is not a matter to worry about because we at Ahom Technologies Private Limited will deliver you the best product based on such a latest framework and technologies. 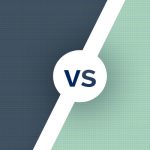 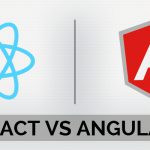