What is the Salesforce Commerce Cloud?

It’s a leading world a technology which seek in the field of Customer Relationship Management and now it has a part Salesforce Commerce Cloud Digital.

which is barely known as Demandware and now it’s a part of the Salesforce so,

What has the salesforce commerce clouded?

It’s a cloud-based ecommerce platform, where we can manage and sell products,

And it gives us wider facilities like artificial intelligence based recommendations and much more things and many of the tweaks are provided by the Salesforce.

Let’s start by introducing the architecture of the SFCC, which is Salesforce Commerce Cloud.

So in commerce clouds digital there is a two layer based like each server of our Demandware Commerce Cloud is based on PIGS.

What are the PIG?

PIG is the Primary Instance Group, primarily containing three main points like the first one is the development.

So when the server has three parts like the first is the Development Sandbox, second one is the Staging and third one is the Production.

And the second one is the Staging, in staging we integrate and test like its production,

It’s a replica of production where all the things are checked probably prior to the final production deployment.

So these are the three primary instance groups of the SFCC.

Which is the secondary Instances Group(SIG)?

The Secondary Instances Group is the group of sandboxes which developers can use and and just integrate the new features and update the UI customizations.

And create new web services and all the development related work is done on the Secondary Instances Group.

So what is the difference between The Development Instance of a Salesforce Commerce Cloud and this Secondary Instances Group.

On The Development Instance, we just deploy all the things which is finalized and dusted by developers

And after that merchandisers like who create the discount coupons and other things like integrating new features and setting new api is done on the development server.

so this is the difference between the secondary instance group and development related to the Commerce Cloud Server.

It is highly available architecture and it is based on clouds.

So all the services are secured by the cloud services.

so now let me introduce you about the business manager,

What is a Business Manager?

Business Manager is a paid service like sales, it is not open source.

First you have to purchase a sandbox of the Salesforce Commerce Cloud, then after you are able to access it.

So it is the typical business manager of the Salesforce commerce cloud.

Inside Business Manager, you will see all the lists of the sites we have like for a multi regional store.

If we have three four sites then the list appears like site Genesis is the default provided demo store of the Salesforce commerce cloud.

And it is site specific and the second one is the site Genesis global.

Which is a globally, global web site like we can customize the Genesis for specific regions but site Genesis global can be used for the all region.

So these are the default provided demo ecommerce stores by Salesforce commerce cloud.

Here we can see its version, the latest version is seventeen point six of Salesforce commerce cloud.

And it provides new features like a new catalog module and many more features. We will see all the features later. 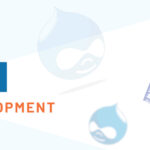