There are numerous technologies around us that are significantly collecting fame across the globe. Similarly, we have another modern-day technology named as “Demandware”. In this article, we are going to discuss a lot many points related to the same, let’s begin.

Demandware is an enterprise-ready (software as a service) i.e SAAS. It is an e-commerce platform that utilizes a revenue model. Basically, it is the platform that can be used by businesses in exchange for the share of the revenue generated through the platform. In return of the same, Demandware takes care of the hosting, server infrastructure, and core application framework. They also provide an admin interface for managing the orders, shop products and content as a fully functional storefront. Even it also consists of a mobile app in the feature set. All the features and the components can be customized up to the next level with just a bit of effort.

Demandware’s core framework is built in Java that uses an efficient caching system that is based on Akamai technologies. The core framework of the same is so close to third parties and can be exposed through the Demandware script and Demandware’s own pipelet system. Hence, as a result, it means that developers need to have an API to develop additional functionality instead of using Java directly. Similarly, in the case of the database, no one can use it directly and needs to use the required API.

As far as the customizing capability is concerned, customization of the storefront and the business manager can be done by uploading the “cartridges” that may consist of templates, a combination of pipelines, script, property file, and XML. It has also created an Eclipse plugin for managing the code or for the purpose of uploading the cartridges to the server.

A Demandware pipeline is nothing more those XML based files which are used to create applications and the user flow. Eclipse-based Demandware can transform this XML into a visual representation of the flow. If we compare Demandware to MVC then it would be the controller, and the interesting feature is that one can drag and drops the nodes just by doing a bit of modification in the flow. This may be an awkward condition for the developer in the beginning but it is actually quite powerful as the flow starts. It enables the fast creation of new pages with both simple as well as complex logic.

The pipelets of the Demandware are the reusable scripts that can be used to achieve various types of gaol. Some of the activities that Demandware can perform are:

Demandware enables developers to add the custom logic that needs to be executed within templates or the pipelines. The script of the Demandware is based on ECMAScript 3 with an added type specification of the ECMAScript 4 proposal. For completing the set, Demandware has its own API that enables developers to work with the orders, shipping methods, products, sending emails and many more.

Templates are mostly plain HTML with an added templating language that is used to build a presentation layer. The extra added parts are defined as (X)HTML to make them easy to use and indent. They also add the ability to add statements for managing the variables, control HTML output, loops and many more with most templating languages. Other than that it is also possible to include a decorator template and several other templates. These Demandware scripts may consist of both inline as well as through a file reference.

For managing several activities Demandware has developed an Eclipse plugin. Similarly, UX studio has been created for the concept of cartridges to store scripts, templates, pipelines, CSS, and many more which can be assigned to a Demandware server. It also delivers us the facility where it can debug the pipelines and Demandware script.

In the above lines, we have covered a lot about Demandware, but it is not just a matter of 3 or 4 pages. Being a vast community, it contains countless extensive features. For fulfilling the urge of knowing more about Demandware or if you are still left with any query, you may reach out to us at [email protected]. We are round the clock available to serve you in making your doubts crystal clear. Feel free to leave a line in the comment box. 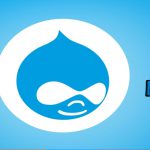 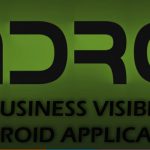