Over the last decade, Android has made a name for itself because of its extensive features at a reasonable price and by taking technology to the next level with its widespread, unexpected success. In its own lifetime, the open-source mobile operating system has grown to include billions of active users and 80% of smartphones for the success of android app development. At the early stage when Android phones were about to announced, Google had made it an open-source technology which means that the developers could access, understand or even modify the phone software. Google chose to allow the developers to freely allow the apps and distribute the same to the users without any complex review process which was totally different from Apple.

Millions of the apps have been published to the Google play till the date. When it was in its early stage, Google developers had to submit their applications to the google play store and still many apps have been sold via this official group app marketplace. Being an open-source technology, many other names have come up with their own app stores. For example, Amazon has created a separate app store for the users of their Kindle devices. As far as the question of complex review is concerned, even at present, the application review process for Google play is primarily intended to weed out the content no matter whether it is an extensive one or the offensive. In other words, it does not affect the time that it takes to publish the required application.

As android software is the open-source, developers or the manufacturers are able to fork the software and add their own functionality. Google invests heavy scale into the Android ecosystem, and most of the manufacturers have kept their users allowing the access of newly introduced key features that are rolled out by Google on a regular basis.

Android development has gone through incredible growth over the last decade with recent moves into new and exciting types of devices. For sure, there will be strong growth in demand for apps built for emerging markets, where significant growth in Android-based smartphones with the owners will continue to give business opportunities for mobile app development. In the coming future, demand for Android developers will surely be the most required aspect because of smart home devices, in a car navigation system, and wearable technologies.

In a rapidly emerging market, Android is set to be at the forefront of the massive wave of expansion globally for smartphone users. Many android based companies are showing more interest in capitalizing on the projected growth in emerging markets. Several skilled developers with the deep understanding of the unique needs of the emerging markets are not only bringing the copies and clones of the applications into the new market but also have come up with newly introduced products and apps that would emerge directly out of the diverse requirements, cultures and the linguistic environment of all such respective countries.

Android is one of the best entities as a smartphone platform but is it somewhat limited to mobile devices only? To have a strong point with respect to this question, recently, Google has announced a trimmed down version of the same that is termed as project brillo that is aiming to the development platform for IoT devices. This may include wearable technologies, auto platforms into the vehicles, etc. Android wear software has already been used to power various wearable devices and smartwatches. In the future, the need for professionals who can build software for appliances, machines, and sensors will surely be going to be one of the most leading factors as far as the success of the business is concerned.

At present, we are all capable and grown accustomed to being able to access the data anywhere irrespective of the device that we have picked. There are various entities such as Dropbox and Google drive which are providing us the facility to use the files any time regardless of where you are located in the term of place or from where you are using the technology. At the same time, many other companies are seeking to bring the customers into a more all-encompassing ecosystem of the items and the products. Being an open-source technology, Android promises to make all the existing devices portable, often at a lower price in comparison to other giants.

There are countless plus points of Android development some of them are as follows:

Android development can be the best solution for those who are targeting to have complex technical customization and integration of the web application. One can easily integrate or shape the mobile app as per the required business need. Being the best mobile platform between the application and process architecture, this platform allows background processes and helps in the integration of various apps.

It is so easy for the Java developers to transit the code script into a mobile application as even one can implement Android app development services in the app. According to the data, many Java Programmers find it extremely easy to script and adopt the code for the mobile application in the Android OS.

For better outcomes in terms of sales and marketing, services of Android development can be deployed in various ways. One does not need to rely on a single market to distribute the applications, even we can go for a third-party application marketplace. It also offers the facility to develop the personal distribution and sales channel. There are various activities that it can perform such as

We have covered a lot about Android in the above lines. If you are still left with any concerns about Android, you may reach out to us at [email protected]. We will be more than happy to listen from you. 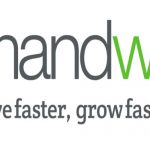 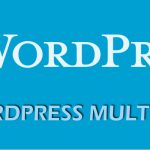