There is a number of languages that can be used for development purposes. But one of the languages that is preferred the most all over the world for development is Python. Being general purpose, high level, object-oriented programming based interpreted language it can easily be used for dynamic applications widely all over the globe. Python development is extremely popular and known for its versatility and scope of applicability. In this article, we are going to discuss about python development, let’s get started.

Python is an open source language. To get started with Python, it doesn’t require a particular subscription or a custom built platform, thus any type of desktop or a laptop is fully compatible with Python. All the tools (coding, the supporting means, modules, and all other libraries) which are mandatory for python are freely available to work with. One can have all the essential IDEs with PTVS and Pydev with eclipse spyder Python which are just a click away as all are available free of cost.

By nature, Python is so simple as far as the syntax of the same is concerned. The same logic that requires 10 lines in Java will requires 4 lines in Python. Having a small code length requires less time, less space and is well appreciated by the coders as the correction or the modification in the existing code will also take lesser time. The language has many in-built libraries that make it easy to comprehend and manage. Software that needs less time to code also helps in cost reduction and yields more profits.

Being a free platform, all small scale, as well as medium-sized companies, can have all the benefits free of cost. Those companies which are in the nascent stage can use the platform of the Python to begin their operations with cost-effective software. The ability to develop software and applications quickly makes it the best choice for startups, as they need to survive in cutthroat competition by leveraging the speed of the Python language.

Giants Are Using It

It is not only suitable for the startups or small scale industries but it is like a boom for giants too. Leading companies such as Google, Spotify, Instagram, and Dropbox are using Python development over other languages. NASA, Electronic Arts, and Disney are among the topmost giants who have migrated to the Python environment.

There are significant numbers of languages (Java, C++ etc) which are collecting fame across the world. Their approaches are extremely widespread and very effective. With all such advantages, the only disadvantage of these languages is their lengthy code. The codes of the same are cumbersome and the modification of the code is an immensely tedious process to deal with. While on the other hand Python comes up with all the benefits of object-oriented programming with less amount of code. The codes of the Python are shorter with simple syntax, thus being easy to demand, rework and optimize.

Every software product is the result of a series of rigorous coding and testing. It includes a lot of attempts and trials of back and forth concerning matching the desired output with the actual one. Python is suitable for everyone and is so easy to analyze and comprehend. There is a number of modern-day technologies which are based on Python. Some of the modern day achievement of Python are Machine learning, artificial intelligence, deep learning or data modeling.

A business depends on the functionality of the software and the software depends on the way it is coded. Programming languages are used to build a well-coded software that will ultimately lead to a successful company or the business. Python can be a great choice to have great software development service. It has all the features that make it a true language which is appreciated and accepted all around the globe.

In the above lines, we have discussed a lot about the Python and its plus points but these are just a few factors that favor the selection of Python development. To know more about the same, please reach out to us at [email protected]. We are round the clock available and will be very pleased to make your doubts crystal clear. We will be more than happy to listen to the problems and the queries from you. Feel free to drop a line in the area of comment section given below. 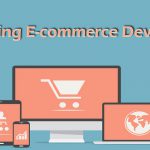 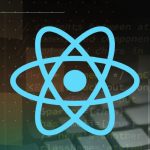