Building mobile applications have always been a most basic and fundamental pillar of any tech industry but having multiple platforms for which different apps need to be developed and may result in certain issues. In some of the condition, apart for having different teams for different platforms such as Android or iOS, there’s always a gap between the applications developed as they have been made by two totally separated teams. Hence, it gives birth to the idea of cross-platform mobile applications.

There are a number of solutions that can get us rid of such a condition of cross-platform mobile applications but the most trending one at this moment is Google’s flutter and Facebook’s React Native. In this article, we will compare both the entities with all their pros and cons to an objective React Native vs Flutter comparison, let’s get started.

Flutter is a reactive cross-platform mobile development framework that uses a language named Dart. These both the languages (Flutter, Dart) have been created by Google which is constantly pushing the framework towards being the ultimate solution for creating cross-platform applications, it’s initial release was launched in 2017. On the other hand, React Native is also the best option for cross-mobile app development. It is a JavaScript framework which is built upon the react library and both have been created by Facebook. It is basically used by Facebook, Instagram, Airbnb, and many others. It was initially launched in 2015.

Inching towards the development of both the entities, the major building block of flutter application is a widget which is analogous to the components in React native. Flutter comes up with a significant number of readily used widgets, most of which are best for material design concepts. There are mainly to types of widgets named as the stateless widget and stateful widget, just like functional components and class in React. As far as the development of React is concerned, it uses components instead of using the sub-components that exist in a web-like Div and H1. It does not provide a large number of widgets as flutter provides. Getting started with React Native is also quite easy as one can have all the benefits just by installing the create-react-native-package. One of the most amazing things with React Native is that it provides an Expo integration. This feature will allow you to run the code on your mobile device without any need to get it to wire up by the help of QR code that appears on the console.

Flutter stands a bit behind than Native when it comes to the ecosystem, as React Native is already been there for 2 years before the flutter was initially launched. However, flutter is catching up at a rapid pace which consists of many core packages for mobile development for public use. On the other hand, React Native has been there for a long time. When it comes to package, React Native is the absolute winner with over 5 times the number of packages available for the flutter, by nature of being there for over more than three years of duration. Being an elder framework it is much more stable when compared to that of with flutter.

When it comes to the performance, flutter comes with quite a different approach than that of React Native or even Native Script. The application of flutter can be compiled using arm C/C++ library so that it can be a closer aspect to machine language and provides better native performance. While on the other hand, the entire application is not compiled to C/C++or a native, instead UI components are compiled to their native equivalents, as JS runs in a separate thread and communicates with native modules for any action required via a bridge. This allows React Native to be a best and more performant than to that of hybrid alternatives such as Cordova but puts in a tough spot when compared to its rival flutter.

We have discussed a lot about Flutter vs React Native, but it’s not the end of the rivalry of both these entities. There is a certain number of factors that have not been covered in the above lines. If you are still left with any concern about Flutter vs React Native, you may reach out to us at [email protected]. We are round the clock available and will be more than happy to serve you in making your doubts crystal clear. Feel free to connect with us by dropping a line in the comment section below. 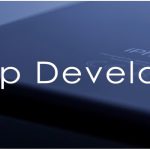 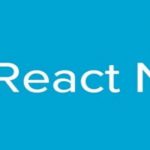