In the past decades, the level of technology has gone through with massive advancements. However, only certain sectors have witnessed unprecedented growth and one of them is the mobile app development industry. A user always looks for those types of apps that offer flawless performance, seamless navigation, as well as the aesthetical appeal. The increasing demand for better, faster, unique and more innovative applications has led to the urgency to fulfill the required criteria. In this article, we are going to discuss React Native development which has emerged as a viable solution to built tremendous applications, transforming the world of mobile at a rapid pace, let’s get started.

React Native is a native version of JavaScript library that provides a fast track and helps in accomplishing the particular task in quick duration, performs well on targeted platforms, provides a special feature for the debugging process. With the help of React Native development, one can build the apps that are indistinguishable those ones that have been developed by Java or Objective C. As a result, React Native has gained massive popularity, community support within a quick duration after its initial launch. Presently, React Native has become the talk of the town in addition to being a popular framework.

There is a number of key reasons that show why to React Native is the future of mobile app development:

At the starting, React Native was introduced for iOS but later on due to its amazing features and capabilities, Facebook developed its support for Android as well. Presently, the majority of React Native APIs are cross platforms which refer that developers can have both the types of applications (iOS, Android) through React Native just using a single codebase.

The user interface developed with React Native includes native widgets that the tasks flawlessly. React Native along with JavaScript runs the even the complex applications smoothly, outperforming even the real native apps, without web view. Hence, building apps with React Native is a competitive solution to develop robust apps.

Another major benefit of React Native includes the process of live updates and with the help of JavaScript, developers have can have the ability to push the updates directly to the user’s phones instead of going through the app store. Hence, it ensures that users can have all the benefits of updated versions of the application immediately. Moreover, with the help of React Native entire procedure becomes streamlined and too simple to deal with.

React Native is so easy to learn since it relies on the following languages and fundamentals. It is the most suitable and perfect tool for novice developers who are a beginner to JavaScript, as it readily provides a significant number of components with maps and filters.

React Native development offers a great environment that makes it best for developing purposes. For beginners, it allows various implementations and modifications to take place at the time of running the application eliminating the need to restart. With a number of amazing features, React Native enjoys massive support from the developing community as it offers various components that are readily available for the use, making the app developing process much faster. Hence, this further simplifies the job of a developer.

In the above paragraphs, we have discussed a lot about the features and properties of React Native development. If you are still left with any concern, you may reach out to us at [email protected]. We are round the clock available and will be more than happy to serve you in making your doubts crystal clear. Feel free to drop some text in the comment section below. 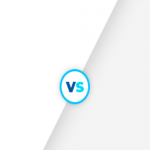 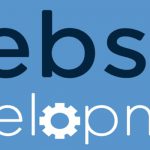