The degree of technology has advanced dramatically during the last few decades. However, only a few industries have experienced exponential growth, one of which is the mobile app development industry (React Native Development).

A user is always on the lookout for programmes that provide faultless performance, effortless navigation, and aesthetic appeal.

The increasing need for better, faster, one-of-a-kind, and more innovative apps has prompted a rush to meet the requirements.

Let’s get started with React Native Development, which has emerged as a viable tool for building incredible applications, altering the world of mobile at a rapid rate.

React Native is a native version of the JavaScript library that provides a fast track and assists in completing specific tasks in a short amount of time, works well on specific platforms, and has a special function for debugging.

With React Native programming, it is possible to create apps that are indistinguishable from those created with Java or Objective C. As a result, React Native quickly achieved huge popularity and community support after its original release.

React Native (UI Development) is currently the buzz of the town in addition to being a widely used framework. There are several compelling reasons why React Native is the way of the future for app development:

Having a Good Developer Experience

React Native development provides a fantastic environment that makes it ideal for development.

It allows newcomers to make numerous implementations and modifications while the program is running, removing the need to restart.

React Native was first created for iOS, but owing to its incredible features and capabilities, Facebook eventually added support for Android as well.

Currently, the bulk of React Native APIs are cross-platform, implying that developers may use React Native to create both types of apps (iOS and Android) with a single codebase.

Because it is based on the following languages and fundamentals, React Native is extremely simple to understand.

It is the most appropriate and ideal solution for inexperienced JavaScript developers because it readily gives a large variety of components with maps and filters.

The React Native user interface features native widgets that do the duties properly.

Even the most sophisticated applications run smoothly using React Native and JavaScript, beating even actual native programmes without a web view. As a result, developing apps with React Native is a cost-effective way to create complex apps.

Another key advantage of React Native is the ability to make live updates. Using JavaScript, developers can push updates directly to users’ phones instead of going through the app store.

As a result, users can immediately enjoy all of the benefits of upgraded versions of the application. Furthermore, using React Native, the entire process becomes simplified and too simple to handle.

We’ve covered a lot of the advantages and properties of React Native development in the preceding paragraphs.

If you have any further questions, please contact us at [email protected]. We are available 24 hours a day, 7 days a week, and would be delighted to assist you in clearing up any doubts you may have. Please feel free to leave a comment in the space below. 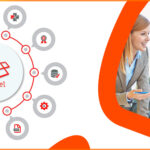 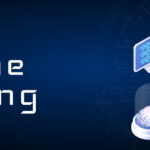