The content of any website plays an important role in the improvement of any business. We have a lot of CMS in the market and among all of them, two of the popular names are Drupal and October CMS.
Let’s shed up light over the comparison of both:

As far as the installation is concerned both October CMS and Drupal consist of installer wizard. It also consists of command line option whereas Drupal comes with the recommendation of Opcache. For installing, Drupal allows you to use all the types of basic functionality that one needs out of the box. But in case of October one needs to install the modules to add the required functionality.

Drupal is a step ahead in comparison to that of October with up to 60k stack overflow questions and almost 14k freelancers on work. It includes approx 900 organizations in professional services page. There are just 16 partners with some of the official forum and community pages.

Coming to the popularity of both the CMS, even Drupal is not that much popular. When compared with October it is far way better as October is lagging much behind in all the existing aspects.

Both the systems have some specific qualities, but on comparing with respect to the easiness of working. October is so smooth in navigation. Straightforward to add a blog post and quite simpler in updating the content. While on the other hand, Drupal has intuitive navigations where one can change performance settings from the backend.

October CMS is lagging much behind in case of predefined plug-ins and themes with just over 900 plug-ins that are free and so easy to customize. There also exist some premium plug-ins that cost something around $20. On the other hand, Drupal delivers approximately 40k plug-ins with many new modules that can be easily added from the backend. Most of the plug-ins and themes for the content of our websites are freely available that can be easily customized as per the requirements.

Inching toward the weak points for both the CMS, we have a lot of specific aspects where October lacks when compared with Drupal. October does not include many plug-ins as many as Drupal contains. It’s not that much easy to find October freelancers because of less popularity gained by the same. One should be capable enough to deal with tricky content updates for both the CMS because updates are not an easy task to perform. In Drupal, one of the complex tasks is to integrate with services without building the particular module.

It’s crystal clear to choose the better one from the above lines, but every specific system has some pros and cons when compared with all others. So it’s hard to say that which one is a step ahead and which one is lacking someway behind. 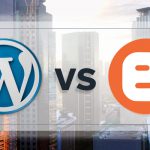 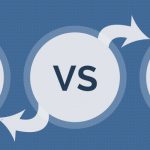