No doubt, cloud computing has upgraded the technology to the next level. As far as the facility for the business is concerned, gone are the days of struggling with irritating server rooms and network complexions. Over certain past years, cloud computing has become more secure, reliable, and cost-efficient. In this article, we are going to discuss the two famous names of cloud computing services named as Google cloud vs AWS.

Google cloud platform includes various services which allow us to utilize the same hardware structure and software that Google choose for its own projects. Moving to AWS, it is a subsidiary of Amazon.com which was launched to provide cloud computing services for businesses and enterprises.

When it comes to the computing power of both the entities, the technology behind the Google cloud’s VMs is KVM, whereas in the case of AWS EC2 VMs is Xen. Both technologies offer a wide range of predefined configurations with a specific amount of virtual CPU, RAM or the network.

For our business, security is of the utmost importance not only in terms of transactional systems but also in many other fields too. Google cloud has taken the lead in this arena as it encrypts all its data and the channels by default including the traffic between the data centers. In the case of AWS, relational database services allow the data to get encrypted but it requires configuration if the service spans for different availability zones. One of the weak points in case of AWS is that the traffic between the data centers is not encrypted by default.

Presently, AWS has a wider global footprint when compared with Google with about 49 zones of availability in approximately 18 regions. Even it has revealed the plan for 12 more availability zones in four regions which are Bahrain, Hong Kong SAR, Sweden and the GovCloud region of the USA. On the other hand, Google cloud computing i.e. GCP has 15 total regions and about 39 zones.  And they have planned for many other regions including Los Angeles.

Best between the two

On comparing, we have found that both the entities are best in their specific area. AWS takes the majority in terms of global footprints and service offerings while Google cloud computing has taken a bit of edge ahead when it comes to security purposes. But the selection of best service depends heavily on an end customer needs. Hence, it is almost impossible to decide anyone as the best entity to work with.

We have discussed various points about Google cloud vs AWS, there are lot many points which have not been mentioned. If you want to know more about these two renowned entities of cloud computing, you may reach out to us at [email protected] We are round the clock available and will be extremely happy to serve you in dealing with all your technical challenges. Feel free to connect with us via a mail mentioned above. 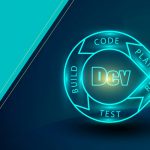