The selection of a suitable language is extremely crucial for the ups and downs of any project. There are various reasons based on which one has to choose a particular language whether it is Java, C++ or Python. In this article, we are going to discuss the reasons to use python for our coming projects. But the question arises, why to use python when languages like Java or C++ is within our reach.

There is a number of python uses that are making it the favorite one to be used for a better future because of exceptional libraries and the framework that it offers. For example PyBrain, NumPy, and PyMySQL on artificial intelligence, data science, and machine learning. Python allows us to does a lot more than other languages especially when compared to R. With Python, one can create scripts to automate stuff and also helps in providing great web development activity.

Here are various reasons to go with python which are as follows:

We can accomplish a lot with Python, sometimes even with a few lines of code. It consists of several modules, packages, and libraries to make our lives easier. Instead of writing huge length codes, complex loops, one can easily import the regular expressions modules to get the job done just by using a bit amount of code. Python offers different libraries and one of them is “Beautiful Soup” that can be used for web scraping to extract data from HTML and XML files or webpage.

Python contains a quick learning curve when compared to other languages such as Java or C++ with readily understandable and readable syntax. It can automatically manage things like garbage collection and also closed the files, opened via ‘with’ statement.

Python is on Trend

Skills in data science and artificial intelligence are going high in demands, even it is not wrong to say that artificial intelligence is touted as the definite future of the technology. Python is becoming the preferred choice for data scientist and machine learning professionals with a rich and robust set of libraries like numpy, TensorFlow for machine learning, pandas for data wrangling and analysis, Keras for deep learning and many more.

Python is in Academia

The computer science curriculum has now started including Python as a core language requirement. Unlike in the past where the main focus was ongoing with Java, C or C++ to formal coursework, or we can say that academia is fueling with the adoption of python. Because of certain other factors, all the languages are equally important and no one can be declared as the best of all, but the rising demand for data science, machine learning, deep learning, and artificial intelligence specialists is making Python a demanding entity.

According to PYPL (Popularity of programming language index), the most leading entity is still Java. But as a rising star Python is creeping very close to give a neck to neck competition to Java or other languages. Python users are fulfilling all the basic requirements that a programmer wants, no matter what the platform he/she has chosen. PYPL is one of the leading indicator factors, created by the help of raw data from Google trends that shows how often language tutorials are searched for on Google. The popularity of a particular language depends on the number of peoples searching for those specific language tutorials and training resources.

World-leading companies and giant names such as Google, Dropbox, Spotify, Instagram and many more are choosing Python as their preferential language. However, python uses are not only fulfilling the need for programming but also spreading far into industries such as Science, Graphics and gaming tools. Even popular names such as NASA, Disney, Electronic Arts (EA) have made it a central part of their systems.

For Python, we do not require much length of code when compared to that of Java or C++, it also takes less time to complete the job, and results in requiring less amount of money or resources for completing a particular task. Since Python does not require a lot of written code that allows developers to work quickly. Even a small team can handle Python in an effective manner.

Python integrates the EAI (Enterprise application integration) that makes it easy to develop web services using the COM or COBRA components. Other powerful capabilities and Python uses include, it can be directly called through C, C++ or Java through Jython. Python can run on all modern operating systems through the same bite code and processes XML and other markup languages too.

It can be a great option for building scalable multi-protocol network applications with the help of strong integration features, unit testing framework, and enhanced control capabilities. Such options enable us to gain the speed for the applications and productivity of the applications.

One of the most important Python uses is because of its extensively supporting libraries that include areas like string operations, internet, web service tools, and protocols. It limits the length of the code written in Python because most of the highly used programming tasks are already scripted into it.

Hope, you got the answer of why to use Python, since it is one of the most powerful, simplistic and productive tools for programmers and data scientist, there are lot many other Python uses which may result in best outcomes for the particular business. We have discussed most of the reasons that show the priority of having Python as our core need if you are still left with any concern about the importance of Python uses. You may reach out to us at [email protected], we will suggest you the best possible solutions for your pain points and tricky edges. 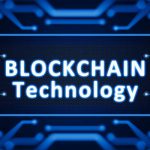 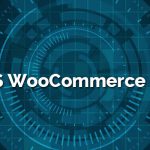