When it comes to a mobile application, there are two giants who have been renowned not only in terms of revenue but also for the ease of developers and consumers. Can you guess about these giants…? Yeah, we are talking about the rivalry between Android and iOS. Both the platforms have been extravagant over the past decade in countless factors. Android or iOS, both have provided millions of applications that can be easily downloaded from their respective app stores. No doubt, both have come up with various benefits, but the question is, which one is ahead in this rivalry situation. Let’s find out the solution via this write-up. In this blog, we will help you in dealing with the famous comparison “iOS app store vs Android Play store”.

With both the stores offering millions of applications and handy downloading process. There are many other interesting factors. The biggest is probably the budget level, actually, iOS applications require a huge amount to be invested as compared to that of average Android applications. But the quality of iOS applications is the most vital factor which has brought it to this level of success.

There are countless factors that can help us in clearing out the doubt about the “iOS app store vs Android Play store”. Some of them are as follows:

A number of apps available and downloads are something very common in getting aware of any platform. Apple opened its App store at the beginning of 2008 with 500 applications but within 3 months of duration, it had seen 100 million downloads and the number of applications rise to 3000. With such a rapid improvement, it is ruling up to the ecosystem. Moving to Android, it has also been a talk of the town with a massive user base because of affordable applications but with lower quality as compared to that of king iOS.

One of the annoying factors with iOS applications is that you need to use iTunes. It also means, if you are looking to switch the device from iOS to Android, you would not be able to get your purchased applications, Movies and ebooks. But in the vice versa condition, if you do buy any media from Google Play store at least you would have the option to use that media further on other platforms.

Developers of Apple app store generate impressive revenues as compared to that of Google play store’s developers. There can be a lot many reasons behind this but the biggest probably the expense which customer pays. The handsets are so expensive, so it requires a lot bigger amounts than that of Android.

In the above context, we have discussed certain points about the app stores of Android and iOS. Have we come up with any conclusion? Probably not, actually both the platforms are best in specific scenarios so we can’t prioritize any of them. Narrowing closer, we can say that “iOS is the quality but expensive” on the other hand Android is “pocket-friendly but a bit behind in terms of Quality”. Hope so, this write-up would have been a helping hand in dealing with iOS app store vs Android Play store”. If you have any queries about the same, you may reach out to us at [email protected]  We are round the clock available to help you in dealing with all your technical challenges. Feel free to connect with us via the mail mentioned above. 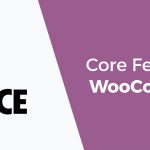 Core Features Of WooCommerceJul 01, 2019
Next PostBenefits of Custom Software DevelopmentJul 08, 2019 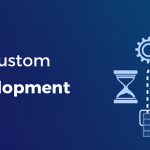