Presently, mobile phones especially the smart ones have a wide range of connectivity features that provide us a platform to have an experience of all the bunch of exciting games. There may be an infrared, Bluetooth, Wifi facilities that allow us to facilitate wireless multiplayer games with two or more number of players. In this article, we are going to discuss the latest mobile game development trends 2019, let’s get started.

We have seen many console-quality games that are emerging with high-end devices for mobile developers for pushing their handset to the limit. There are numerous games which are collecting fame across the world just because of impressive console quality. For example, we have seen the likes of fortnite that was released in April 2018 for iOS version and 20 June for Android version. Similarly, PUBG that is not known for its visual fidelity but it is popular because of its user experience that is largely similar to that of PC. There are a lot of mobile games which are giving an exciting experience like Bizzard’s Hearthstone and many more.

In the past we have seen the success of Pokemon Go, similarly, we may have more AR game innovations that focus on social features and audio-based gameplay. Many efforts are being made to have something like Pokemon Go with the help of derivative offerings which are based on other pop culture franchises. But none of the attempts has been able to reach the lofty revenue level but as a result, it shows that studios are taking AR gaming seriously.

It is expected that 2019 may see a number of blockchain-based games, 2018 was the year of slacious blockchain headline. People have heard a lot about Bitcoin, but they didn’t really understand the plus points of blockchain or cryptocurrencies. Last year we have seen a bit of blockchain based games i.e. collectible cat game which is now available on mobile devices. Although these games made waves in the technology and blockchain industries, they had extremely little effect on the overall gaming landscape. Means audience may have warmed up to the imagination and the idea of blockchain-based games which means that the developers who are getting ahead of the game could well reap the rewards.

There is a number of latest mobile game development trends 2019 and one of them is the capability to play the games within different platforms. Many of the game is also available on the desktop versions as well as on the mobile versions and the console has to lead to a rising interest in cross-platform play too. These cross-play platforms will allow all users to play the games together no matter what type of devices they are playing. Hence, a cross-platform play would surely be an amazing trend of 2019 that allows us to play the same game on different platforms.

Mobile spinoff of a major franchise

There are many companies that are looking to launch the Diablo immortal soon. In such a vein we should expect more spinoffs and the mobile ports of the games first made it big on PC and the consoles. It has almost confirmed the plans to launch the mobile titles of other IP addresses with World of Warcraft and the Overwatch. Presently, the series of Pokemon is the best prime example of an established gaming IP that can receive a full-scale mobile treatment.

The Asian market is growing rapidly but in India because of the majority of low-cost phones it is easier to access mobile games than to that of console games or PC games which often require high-end specs.

The industry of mobile games is so valuable that it only requires a one-hit mobile game to make the genre explode in popularity. With this fact in mind, whatever the new games and the new games arrive in 2019, it will be more and more fascinating to see how the industry develops for that particular game. We have discussed several features of the latest mobile game development trends 2019 that will be so helpful in advancing your knowledge of mobile game development. If you are still left with any concerns, you may reach out to us at [email protected]. We are round the clock available to serve you and will be more than happy in clarifying all your doubts and queries. 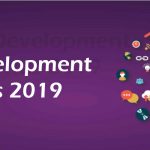 When and Why the Java Development must be preferred?