The advancement that Apple has brought up in the market is tremendous, it always has been a game-changer as far as the quality level and features are concerned. Well, being a leading entity in both the sectors either it is about the software or the hardware, both show a heavy advancement. With each passing year, hardware, as well as the software, gets immensely updated. In this article, we are going to discuss the latest iOS development trends 2019, let’s get started.

Similarly, Apple is on a way of advancements as in Apple’s ARkit framework. According to the same, it is trying to do “Augmented reality interface for interacted with displayed Maps” with its new patent application. Means Apple wants to use advanced ARkit in the Apple maps to make the navigation easy to unfamiliar places just by the help of iPhones. This would be extremely interesting and fun to see live at the time of action.

Apple never compromises with the security and we have been experiencing the same for many years. According to the recorded data, it has been found that there are more malware attacks on Android smart-phones when compared to that of iOS ones. Now Apple’s security team is looking to bring the ATS compliances i.e App transport security compliance and TLS 1.2 which they say is “security fit for the modern web”. TLS stands for transport layer security that provides safer and authenticated confidential communication.

Siri is one of our best friends and people also call it a boredom killer because of its smart interactive capabilities. Out of 800 questions asked to Siri, almost 3/4th of the total is exactly correct which shows that Siri has become a smart digital voice assistant using Artificial Intelligence. With the amendment of iOS 12, Siri has started an integration feature for third-party iOS apps with the name or the shortcuts.

In the early days of Machine learning, there are various normal features with which one can easily perform many activities such as detecting the faces, natural language processing, and artificial intelligence game development.  Similarly, the newer version core ML 2 is expected to play a vital role in developing Apple’s future hardware ready-products. One should be well aware of the fact that Apple’s core ML is 30% faster with the help of a technique named as batch prediction technique.

With this upgraded technology, one can use quantization in reducing the 3/4th of the trained machine learning model’s size. The company is also planning to have a chip named as ‘Apple Neural Engine’ to improve or accelerate all the existing functionalities of the machine learning in the upcoming devices. Having all such qualities, definitely, core ML 2 will be the eye-catching trend among all the possible latest iOS development trends 2019.

The latest version of swift i.e. 5.0 will bring ABI (Application Binary interfaces) stability. It will help the iOS app developers to embedded the swift libraries with the run-time. Just because of the absence of ABI stability, objective C was being used over Swift. But this technology there is no other reason left not to go with swift for iOS application development. This latest iOS development trend 2019 will create a trend among all iOS app developers to choose swift 5.0 for their overall development.

As Swift 5.0 is expected to be released in 2019, similarly iOS 13 is expected to be somewhere launched in June 2019. There are many rumors about Siri, as it has been said that it will become smarter enough to personalize the responses that one gets and even make calls for the users. The iOS 13 will be more of the IoT, Ai based Siri, Core ML 2 and the AR functionality to take the technology to the next level.

There are several quality features that can be added to the list of iOS development trends in 2019. We have discussed various trends that can play a vital role in making iOS development better than ever before. If you are still left with any concerns, you may reach out to us at [email protected]. We will be more than happy to make your doubts crystal clear. 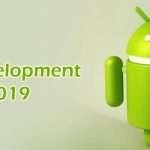 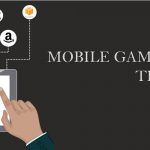