React JS is a viable selection for those developers who are probably looking for a simple framework. There are a lot many frameworks which are considered as the best but as far as the complexity is concerned, React JS is the first choice because of its simple programming. Thanks to Facebook, for such a fine and simple technology. In this write-up, we will make you aware of those benefits of React JS development which make it the best open source framework.

React JS is one of the best and highly used open source JavaScript library that allows us to create impressive web apps with minimal efforts and coding. It is the best option for the development of engaging User Interface which not only enhances the look but also improves the speed of the apps.

There are innumerable benefits of React JS which are as follows:

Creating a dynamic web application with the help of clumsy HTML is not an easy affair as it requires a complex coding. However, React JS has come up with the perfect solution for such an issue. It uses the JSX for the rendering of the particular sub-components.

This feature has come up as an absolute blessing for the developers. They can actually use the components repeatedly for other application sharing the same functionality. This feature helps to save efforts and time consumption so that developers can complete the project at a much faster pace.

Well, here too. React has been a talk of the town. This is the win-win situation for beginners or new developers. If you are totally new in this field then it is the right time to go with React JS because learning it considered simpler in comparison to the others. React JS doesn’t include much features but it provides the advantage of open-source Javascript GUI library which helps to execute the task in a better manner.

Enhancement of Performance due to virtual DOM

DOM stands for Document Object Model, a cross-platform and programming API that deals with HTML, XML, and XHTML just like a tree structure with nodes in it. Every node within the structure represents a part of the document but many developers have faced the problem when the DOM was updated because the newly updated had slowed down the performance. However, React JS has come up with the perfect solution to it by introducing the virtual DOM. When any change takes place in the DOM, the virtual DOM also gets changed resulting in fast and smooth performance.

As far as the SEO ability is concerned, web developers have found JavaScript un-appropriate and often complained about the fact that JavaScript framework has not been very much SEO friendly. But React JS strongly has overcome this issue and allowed developers to develop engaging user interface which can easily navigate on all the existing search engines.

React JS has come at a good time especially for those developers who have not often worked much in this field. They can even build highly engaging web apps and user interfaces within the quick duration.

In the above section, we have gone through with many benefits of React JS but being a technology of innumerable benefits, many benefits are still left to be covered. If you are keen to know more about the benefits of React JS, you may reach out to us at [email protected] We will be extremely happy to help you in clarifying your queries. Feel free to connect with us via a mail mentioned above. 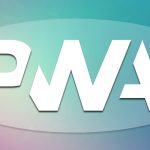 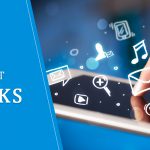