Nano server is a new generation, a headless operating system which has been developed by Microsoft Corporation via the help of Windows 2016. It can be seen in the form of a minimal window 2016 server with no graphical interface, unlike the Linux distribution where the X system can be added. The server is best in terms of security and the connection can be done via the remote Powershell. Now, let’s have a look at containerization, it is defined as the packaging applications into a container that will be able to run into container platforms. The concept is almost identical to the packaging of applications in the form of bytecode which is interpreted and run by the help of virtual machines. These are the standardized unit for development, shipment, and deployment for allowing the developer to establish from his code. The actual containerization can be handled via the docker engine which was developed by Docker Inc. Now, let’s switch to our main forte of the blog where we will make you aware of why the nano server should be avoided for containerization.

If you have managed to reach the point of creating the VHD, you are all ready to start with the Nano server in the cloud as a physical server. The Nano server must need to be reached at the start via the remote PowerShell which is not a handy task to use it as compared to that of SSH or remote desktop.

The local access enables the interface of the console recovery that can be defined as the basic program to configure the network without any shell. Drivers must be incorporated at the time of the establishment of the VHD since they can’t be loaded via console recovery.

As a result, it can’t be considered as the negative side because it also helps us in elevating the level of security. But on combining with the hassle of generating the VHD, it may result in discouraging the network engineers for further proceedings.

No doubt, the Nano server is one of the most exciting operating systems but actually, it seems to be a real problem to deal with in terms of development. It makes the developers grab a huge amount of duration(weeks or even months) and eventually ending in a miserable failure. Thus the development team requires an emergency fallback to the Windows GUI operating system, Linux operating system or anyone else.

In the above context, we have looked over the exciting concept of the nano server where we have discussed why it should be avoided to use for containerization. Over the past years, it has been a common problem that can be avoided via different strategies. If you are keen to get aware of all the steps and the strategies in detail, you may reach out to us at [email protected]. We are 24/7 available to help you in dealing with all your technical challenges. Feel free to connect with us via the mail mentioned above. We would be extremely happy to listen from you. 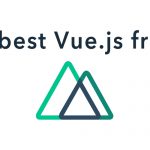 Nuxt.js – best Vue.js frameworkSep 13, 2019
Next PostContent Management for the growth of our businessSep 16, 2019 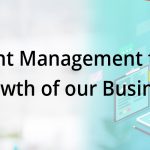