One of the most important and complex tasks is to choose the most suitable “CONTENT MANAGEMENT SYSTEM” for our business. For the same, we are going to look over the two of the most famous rivals named WORDPRESS and DRUPAL.

As far as CMS MARKET SHARE is concerned, WordPress is far better when compared with Drupal and the data is alone enough to describe the scenario. WordPress is having 59.8% of market share whereas 4.6% and 35.8% to that of Drupal and others respectively.

Talking about extensibility, WordPress as a third-party theme and plug-in community makes it easy to extend without any requirement of custom development. Even the people also claimed that usage of right extensions may lead to better results concerning any of the platforms.

Based on the raw number of extensions, we can’t favor WordPress as a better entity among all the aspects. It is an indicator of the size and importance of the third party WordPress ecosystem.

WordPress has 55000+ free plugins, thousands of premium plug-ins. Coming on the themes, it includes 5,000+ free themes and lots of more premium themes.

On the other hand official directory of Drupal includes 39,000+ modules, 25,000+ themes. But in case of modules that are compatible with Drupal 8.x, the number goes down to 5000+ modules and approx 300 themes.

The most exciting point for both the rivals is “which one is better”, instead it’s a flawed question because it’s impossible to say whether WordPress or Drupal is “better”. Both may have certain advantages for the specific website that we have built. It means we have to focus on selecting the right tool for the specific project, instead of looking for a proclamation that one is better than others. 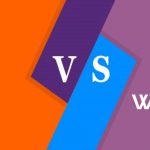 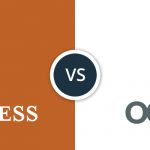 Benefits of a Web Application