A user interface is an essential part of information technology termed as UI. It includes everything designed with which a person may interact. Display screens, keyboards, a mouse and the entire appearance of a desktop combines to represent a whole user interface. It can also be termed as a way through which a user interacts with a website, web design or an application. User interface is a key to any business as it directly represents the brand value.

Talking about the computers in early days, there were few buttons at the operator’s console to make a bit of user interface. These type of computers used punched cards which were prepared with the help of keypunch machines in the form of input for computer programs and data. At present, except few exceptional cases like voting machines, punch cards seems to be of no use.

The main evolution of user interface comes into the action with the introduction of the command line interface which was nothing more than a nearly blank display screen with a line for user input. Only with the help of a keyboard and this input line, users needed to navigate exchanges of information with the computer.

Finally, a graphical user interface (GUI) arrived which was originated mainly in Xerox’s Palo Alto Research center, enhanced and effectively standardized by Apple computer and Microsoft respectively in its Windows operating systems. There are multiple elements that come together to form a complete GUI that includes pulling down menus, scroll bars, buttons, and icons etc.

With the emergence of mobile applications, the user interface has been an affected entity up to the certain extent because of an entity called as mobile UI. Mobile UI especially concerns to have a focus on the smaller screens of smartphones and tablets with the improvement in special features like touch controls.

Common user Interface brings greater ease of use and a consistent interface to UNIX. This favors both, not only the end users but also the application developers too. Some of the main benefits of a common user interface are:

Usability testing is one of the important concern and turns out to be an incredibly valuable aspect for user interface design. Small things like shape or position of the button to expand or collapse the information may have a huge impact on a user’s understanding of what to do and how to do. For the welfare of a particular business, user interface plays a vital role because the user interface is something that concerns the most for better user experience. Some of the crucial points that one always wants to have are simplicity, usability, contextual awareness and a mantra of “less than 3 clicks”.

From the designer point of view, one needs to take decisions that can fulfill the basic requirements with a solution of all the pain points for achieving the specific target. Designers need to think about how the user will interact with the app and also need to minimize the amount of time it takes for them to complete a certain task. In return, this will ensure that one will easily come to know that what needs to do without abandoning the app or confusing about how to do a certain activity.

If you have an application that is based exactly on the required core need with all essential functionalities, you have done with your 60% of the task. But if you want to have a competitive edge over other products of the market, the application needs to be elegantly designed. As far as the user interface is concerned, beautiful designs can be a double-edged sword which attracts the user and encourages to being there for a longer time duration.

An extensive user interface provides you with a competitive edge in a constantly growing world where companies and the business owners are starting to realize the requirement of good user experience. As a result, they are not limited up to the functionality or the core needs only but also going with an extensive user interface for better satisfaction of the user. Talking about the good visuals, they do not only help in making the experience smooth but also increase the customer loyalty so that the customers will always trust you in helping them in comparison to other places. In the same way, if you are left with any concern about the user interface, you can reach out to us at [email protected]. We are round the clock available to solve all your queries and the confusions and provide you with the best possible answers to your queries. 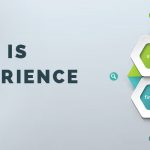